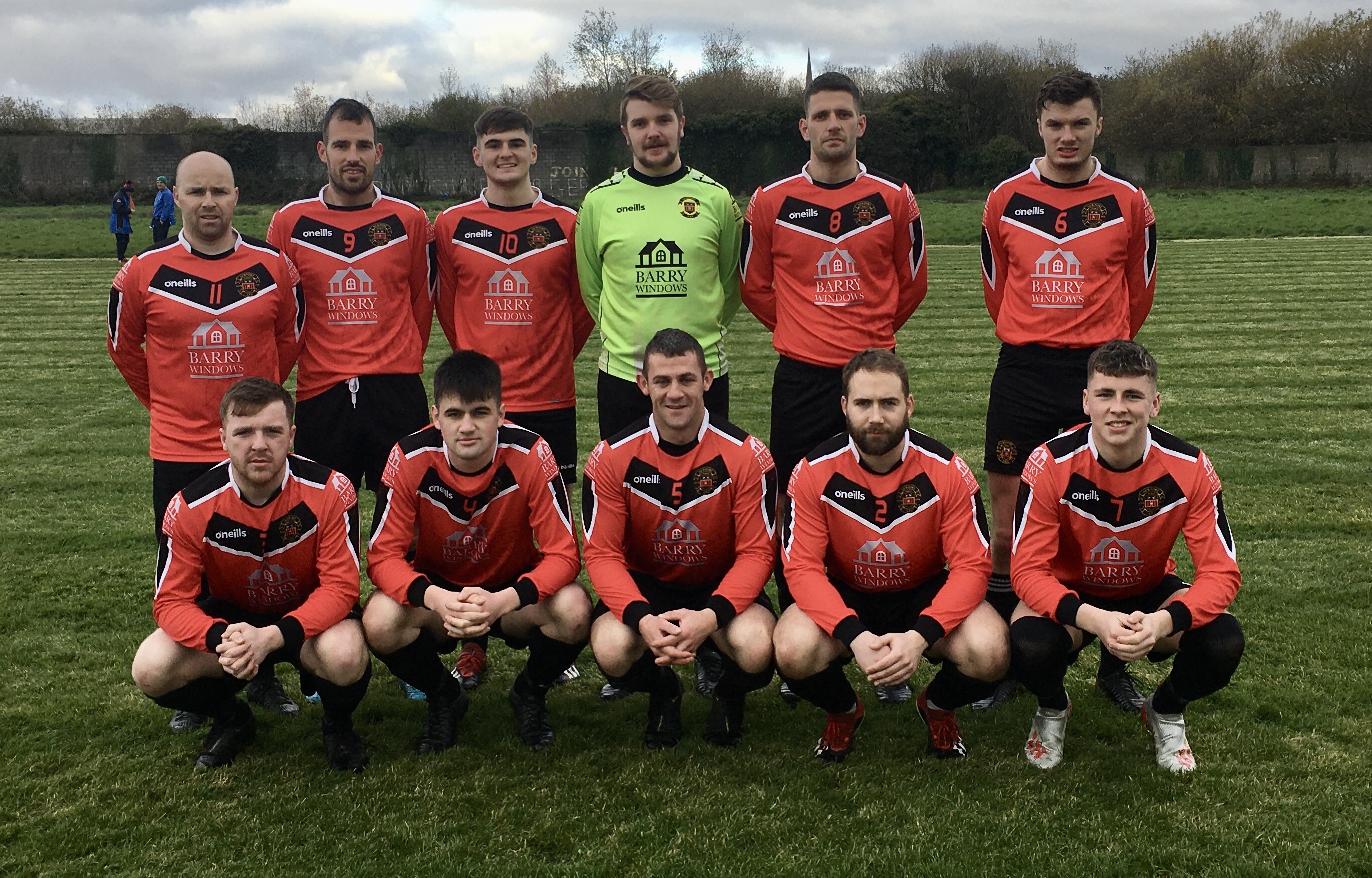 Junior A FAI Junior Cup, Round 4

10 man Newport Town AFC knocked Premier side, Prospect Priory, out of the FAI Junior Cup in a pulsating 4th round game on a 2-1 scoreline after extra-time after the game ended 1-1 in normal time, thanks to goals from Jake Dillon & Brian O’Sullivan. Newport now advance to the last 64 of the national competition and will travel away to Carrig Celtic who ply their trade in the Premier division of the Limerick Desmond League.

A decent Newport crowd travelled into Cals Park hoping that we could take a big scalp and they weren’t disappointed, seeing the lads having to dig deep to secure a famous victory when influential centre-half, Christy O’Connor, was sent off for a second yellow, when conceding a penalty, which Prospect converted to level the game in the 76th minute, cancelling out Jake Dillon’s opener 2 minutes into first half injury time.

The first few minutes of the game were cagey with both sides probing but Prospect were unlucky not to take the lead in the 8th minute, when a curling shot from the left hand side narrowly went wide of the right hand post. The game was then held up for 5 minutes not long after, when the home keeper needed attention for a facial injury. In the 19th minute, Jake Dillon rose highest to meet a Davy Ryan corner but unfortunately his powerful header went just over the crossbar.

The remainder of the first half was a close affair with neither side creating any real clear-cut goal scoring chances. With referee George Clancy playing injury time for the earlier attention to the Prospect keeper it looked like the first half would remain scoreless until Jake Dillon was in the right place to tap home from close range, after the keeper couldn’t hold onto a long-range shot from Seán Ryan. Newport took a 1-0 lead into the break but Prospect had displayed enough creativity in the first 45 minutes to let Newport know that the second half would be a battle if they were to win the game.

Prospect upped their game in the second half and began to create more chances but Newport were managing to cope with any threats coming their way, with the back four of Kevin O’Brien, Christy O’Connor, Elliott Slattery & Ryan Mawdsley holding their own. The Newport net-minder Harry Ryan was also dealing with anything coming at him. However, the game turned on its head in the 76th minute, when Christy O’Connor was deemed to have taken a man down with his last-ditch tackle after the Prospect player was through on goal. Unfortunately, Christy had already been booked, so was shown his marching orders. In any case, he wouldn’t have been able to continue playing as he was injured in the tackle. Prospect tucked away the penalty and with Newport down to 10 men, the home side were now favourites to go on and win the game.

Substitute, Darren Collins, who had earlier replaced the injured Seán Ryan, had to move from midfield to centre-half and the last 15 minutes of the game saw Prospect throw everything at Newport as they went in search of the winner. Newport rode their luck at times and were also helped by the crossbar and a brilliant save from Harry Ryan, which saw him get fingertips to a shot that had goal written all over it. Newport held out until full-time and were able to draw breath and regroup.

Fresh legs were introduced with James Lynch & David Kennedy replacing Davy Ryan & Kevin Connolly. The first half of extra-time saw no more goals and thoughts were already turning to a penalty shootout. However, that all changed when Brian O’Sullivan latched onto a lovely pass from James Lynch and fired home from close range with a right-footed shot. At this stage of the game, the ref had his hands full with neither side taking a backward step but in the end it was Newport who showed the greater heart & desire and in the end deservedly held out for a famous backs to the wall victory and now look forward to a trip to West Limerick in early December in the 5th round of the Blue Riband of Irish junior soccer. We hope that the injury to Christy O’Connor isn’t too serious and that he’ll be back playing soon enough.
Match Squad: Harry Ryan, Kevin O’Brien, Ryan Mawdsley, Elliott Slattery, Christy O’Connor, Sean Ryan, Jake Dillon, Peter O’Sullivan, Brian O’Sullivan, Kevin Connolly, Davy Ryan, Mattie Connolly, James Lynch, Mark McGuire, Daniel Carew, Darren Collins & David Kennedy.