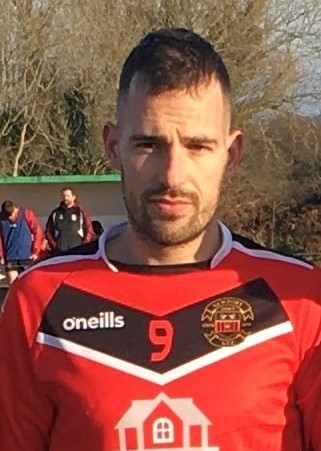 Junior A Premier A League

The A team bounced back from last week’s disappointment in the FAI Junior Cup with an emphatic 6-1 at home against a young Aisling Annacotty B side. Newport were short a few players due to injury, suspension etc. but it was still a strong starting eleven for the home side. Newport also called up a couple of the young B players at the very last minute to bolster the squad.

The visitors opened the scoring in the 13th minute after Newport conceded a rather soft goal but after that it was one way traffic with the young Aisling keeper being kept very busy all afternoon and if it wasn’t for him pulling off some great saves, the winning margin could have been a lot wider.

Team captain, Brian ‘Clemy’ O’Sullivan scored the equaliser in the 20th minute when he dribbled past a couple of players and poked home from close range. This was a special goal, as according to the club statistician, Ger O’Brien, this was Clemy’s 200th goal for the club. He wasn’t long making inroads into his third century when he made it 2-1 to Newport in the 38th minute after a bit of a scramble in the Aisling box. It was all Newport at this stage and incredibly despite all the dominance and chances that were created, Newport only took a 2-1 lead into the interval.

Thankfully Newport extended the lead in the 65th minute, when James Lynch was on hand to tap home from close range after the keeper could only parry a shot from Davy Ryan. Just 2 minutes later, Davy Ryan capped off a fine overall display with a well taken-goal with his left foot to make it 4-1.

Clemy capped off a great day for himself when he completed his hat-trick in the 72nd minute, when he latched onto a good pass from Davy Ryan and finished well to make it 5-1. Substitute, Colin Coleman, completed the scoring with a great header in the 81st minute to make it 6-1.

Aisling had a chance for a consolation goal late on from the penalty spot but Harry Ryan got down well to his left to save the spot-kick. Newport were well worthy of the scoreline and the 3 points closes the gap on leaders Moyross & second placed Charleville.

Newport now look forward to a big game away to Moyross next Sunday morning at 11am. Newport have now won their last four league games and won’t be lacking confidence ahead of this important game as the second half of the league campaign gets underway.